How Does Acupuncture Work? 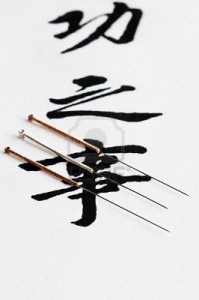 During my 25 years in practice countless people have asked me how acupuncture works and you may also have pondered upon this question, before, during or after your acupuncture treatment.

There is no short answer, over 3500 years of recorded history and millions of successful treatment outcomes only serve to emphasize the clinical efficacy and diversity of this ancient healing modality and it reinforces the difficulty translating the underlying factors responsible for Traditional Acupuncture’s incredible longevity.

With access to ancient classical medical texts, some written 2500 years before the birth of Christ, millions of recorded case histories and an extraordinary vault of knowledge based on the accumulated healing expertise gleaned from millions of successful treatments, acupuncture must be close to being the most historically proven medical modality on the planet today!

Millions of case histories have been recorded in the ancient Chinese language known as Kanji.

I believe it is imperative that the translator has a wealth of clinical experience enabling them to interpret and subsequently translate in an accurate and clinically relevant manner.

A 1000 or so years ago emissaries from Japan travelled to China to study their far more sophisticated medical and legal systems, some decades later they returned to Japan taking with them Chinese experts in the fields of medicine and law.

Much like Latin provided the basis for the Western legal and medical languages, Kanji is the language upon which the Japanese medical and legal systems are based.

As a result, accurate and clinically relevant translation of this knowledge is restricted to a few highly specialized individuals, especially in Japan.

Masakazu Ikeda sensei has written in the vicinity of 20 textbooks, authored hundreds of journal articles and presented hundreds of workshops concerning the practice of this highly specialized medical art called Traditional Acupuncture. He has also been in practice for mere 40 years!

How does acupuncture work?

The answer to this question will always be governed by the experience and awareness of the person doing the explaining.
Since the person attempting to provide an answer to this frequently asked question in this instance is yours truly, please allow me to provide you with some pertinent and relevant historical details of my career and how my first visit to Japan irrevocably changed my understanding of how Traditional Acupuncture works where it matters, in clinic. 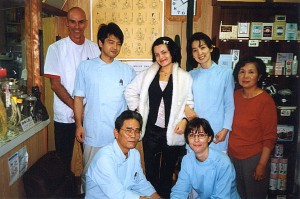 In 1996, at the behest my friend and colleague Edward Obaidey, a gentleman fluent in all things Japanese and I visited Masakazu Ikeda sensei, a modern master of Traditional Acupuncture at his clinic in Imabari, Japan.
Edward’s ability to accurately translate combined with Ikeda sensei’s immense clinical experience and linguistic competency created unique access to the ancient classical texts and their clinical application.

After 13 years of practicing what I believed to be Traditional Acupuncture I experienced a truly rude awakening regarding the crude level of skill and extremely basic understanding that I possessed.

I realized I was still playing in the sandpit with a bucket and spade and this master practitioner was the head of faculty at the global University.

I was stunned by Ikeda sensei’s amazing clinical skills, his hands and fingers seemed to dance across the patient’s body, his meditative focus throughout treatment was truly magnetic.
Sensei’s ability to translate his formidable knowledge and understanding of the ancient medical art of Acupuncture into clinical excellence was truly inspirational.

What I learned in his clinic in the dead of the Japanese winter became my virtual professional pole vault, my awareness of the clinical potential of Traditional Acupuncture was veritably exploded by the way in which this master practitioner went about his work.

I thought I was entered in the Traditional Acupuncture high jump and after 13 years in practice I found myself in the pole vault without a pole!

Talk about raising the bar!

In 1996, after receiving treatment from Ikeda sensei and closely observing his work with patients suffering from a virtual Pandora’s box of maladies I realized how far that proverbial bar had been raised as a result of my exposure to this master practitioner.

His silken skills, effortless focus and immense knowledge were even more obvious upon my return to Japan earlier this year; the connection formed by his hands to the patient was incredibly malleable, osmotic in the extreme.

I was inexorably reminded that I had entered in the clinical equivalent of the pole vault, the bar infinitely higher than in the high jump and the sand pit I had been dwelling in was for emergency landings only.

How well acupuncture works is irrevocably linked to the awareness and skill of your practitioner.
Like a surgeon skillfully using a scalpel, the acupuncturist uses a needle during an energetic form of surgery and the most essential ingredient for a successful clinical outcome is the skill and sensitivity of their hands.

The ability to translate this immense body of knowledge through their awareness and understanding born from clinical experience, sensitivity and skill can make all the difference to consistently achieving successful clinical outcomes

I continue to practice daily in an effort to refine and develop my skill and understanding of Traditional Acupuncture, clear that elusive bar and do my best to translate my extreme good fortune into clinical competency to the ultimate benefit of my patients.

I believe it important to convey to you the relevance of a solid knowledge base and clinical experience prior to undertaking the immense and somewhat complex task of distilling this unique ancient medical system into an understandable diatribe for your consumption.

Traditional Acupuncture relies upon the recognition of an energetic network that covers the entire body known as meridians.