When we look at acupuncture to induce labour, we are exploring a natural method of labour induction. In my extensive experience as an acupuncturist, I have found that Japanese Acupuncture has been very effective in helping to prepare a mother or a potential mother for child birth.

To look at the effects of acupuncture treatments in the same light as the Western medical model where chemicals are given to the mother for a labour induction process, is a very narrow perspective on what traditional acupuncture can do in regards to pregnancy and the promotion of an easier labour in childbirth..

Acupuncture can be used in the first couple of months of pregnancy to deal with smaller issues such as morning sickness, restless sleep and irritability – the sorts of conditions that crop up commonly in pregnancy. Acupuncture can be extremely effective in helping to moderate the severity of these symptoms, as well as address issues such as retention of fluid and the heating up of the system. 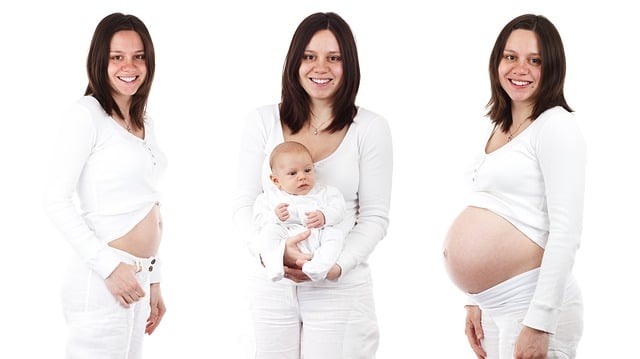 I was fortunate enough (and I am very grateful for this), to provide acupuncture treatments for my own daughter through two of her pregnancies and, in each case, to assist her to have a relatively easy, short labour. Both of the births were relatively quick, one baby was delivered in three hours and the other in four hours.

In the case of the first child, I was due to be present at the birth but the hospital staff told me not to bother to come up until 3am. So I left to be at the hospital by that time and, when I got there, I thought that the room was peculiarly quiet and there was a very different feeling in the room to what I had been expecting. It transpired that my daughter had already delivered her first child, my beautiful granddaughter. Such was the fluidity of that particular labour.

This does not happen on every occasion, but in a vast majority of situations, it is my experience that the application of judicious, Japanese acupuncture treatment can really help in dilating the cervix and promoting strong and shorter periods of labour. My own family has proven the beneficial effects of using Japanese acupuncture to induce labour.

Watch Alan talk about this topic on video – HERE