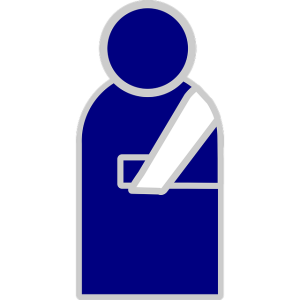 Japanese Acupuncture falls back on the healing doctrines which derive from Chinese Medicine with a Japanese influence, basically it has it roots in Asian medicine. The documentary evidence of this ancient medicine is at least 5,000 years old – artefacts from this period have been found with engravings of the Meridian Points that underpin Japanese Acupuncture. Meridians are energetic networks or grids like in a traffic system you may have in your city – there are green lights, red lights and orange lights.

So essentially speaking, the Meridian network is an overlay to the nervous system, the cardiovascular system and the muscular system. From an Oriental Medicine perspective, it is the integration or controlling system for the other three systems just mentioned.

It is less tangible, less physical, than other systems, but certainly there is much evidence to support the existence of an energetic network that enables interaction between points in the network. Hence I have the ability to treat ailments of the head using points on the feet. There is a connecting meridian or pathway from the head to the foot.

In ancient medicine, they outlined and named these pathways 5,000 years ago. I don’t know to this day how they managed to source this information.

What I do know is that while I have been in clinical practice over the last 30 years, the application of this theory has given me a great ability to work with the extremities utilizing points and meridians on the trunk of the body to influence the extremities.

So it is the integrated network on which this ancient medicine is based that allows me to treat such a great variety of sporting injuries, including injuries from many different types of sports such as football, tennis, rowing, cricket and surfing.

Japanese Acupuncture is amazing medicine and I am as fascinated with it today as I was when I commenced my studies over 30 years ago. I feel very privileged and very grateful to practise this medicine. I can’t say that it has not been without a struggle and, still is, but the rewards are huge.

Now a lot of people have tried unsuccessfully to resolve their sports injuries with different kinds of therapies. For instance, I have seen many people who have had chronic ankle sprains having great difficulty getting their issues resolved and then respond magnificently to Japanese Acupuncture – a form of acupuncture that does not translate to other forms using needles in different guises.

Japanese Acupuncture is certainly an ancient and an incredibly powerful method for treating a sports injury, including ankle sprains.